"The Science is settled" 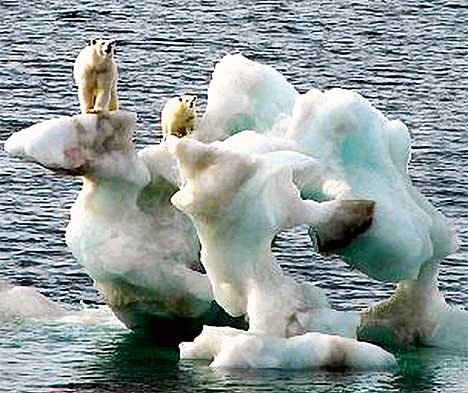 Isn't that what they keep telling us? The science is settled right? "Scientific consensus."

If that's the case, why do the global warming alarmists have to keep muzzling dissent? This time it's a polar bear expert, banned from speaking at the "Polar Bear Specialist Group" meeting (set up under the International Union for the Conservation of Nature/Species Survival Commission). Why would they ban Dr. Mitchell Taylor, who has been researching polar bears in the Arctic for over 30 years? Simply because of his views on human-induced climate change. He agrees that the Arctic is warming, but believes it to be due to ocean currents and wind, NOT by rising CO2. He also notes that during the past 30 years, polar bear populations have GROWN, not declined. For these positions, the polar bear expert is barred from speaking at the polar bear meeting.

I guess if they can silence the dissenters (does that sound kind of "Soviet"?), then they can maintain "scientific consensus", whatever that is.

(Note: The image of the polar bear above has been widely used to demonstrate the plight of the poor polar bears, being stranded and destroyed due to human (American) pillaging of the planet with noxious CO2. This image was actually taken by a photographer who says the bears were not in danger, but were "playing" on an ice flow.)
/